What is Pokémon? Episode V: Diamond & Pearl Base 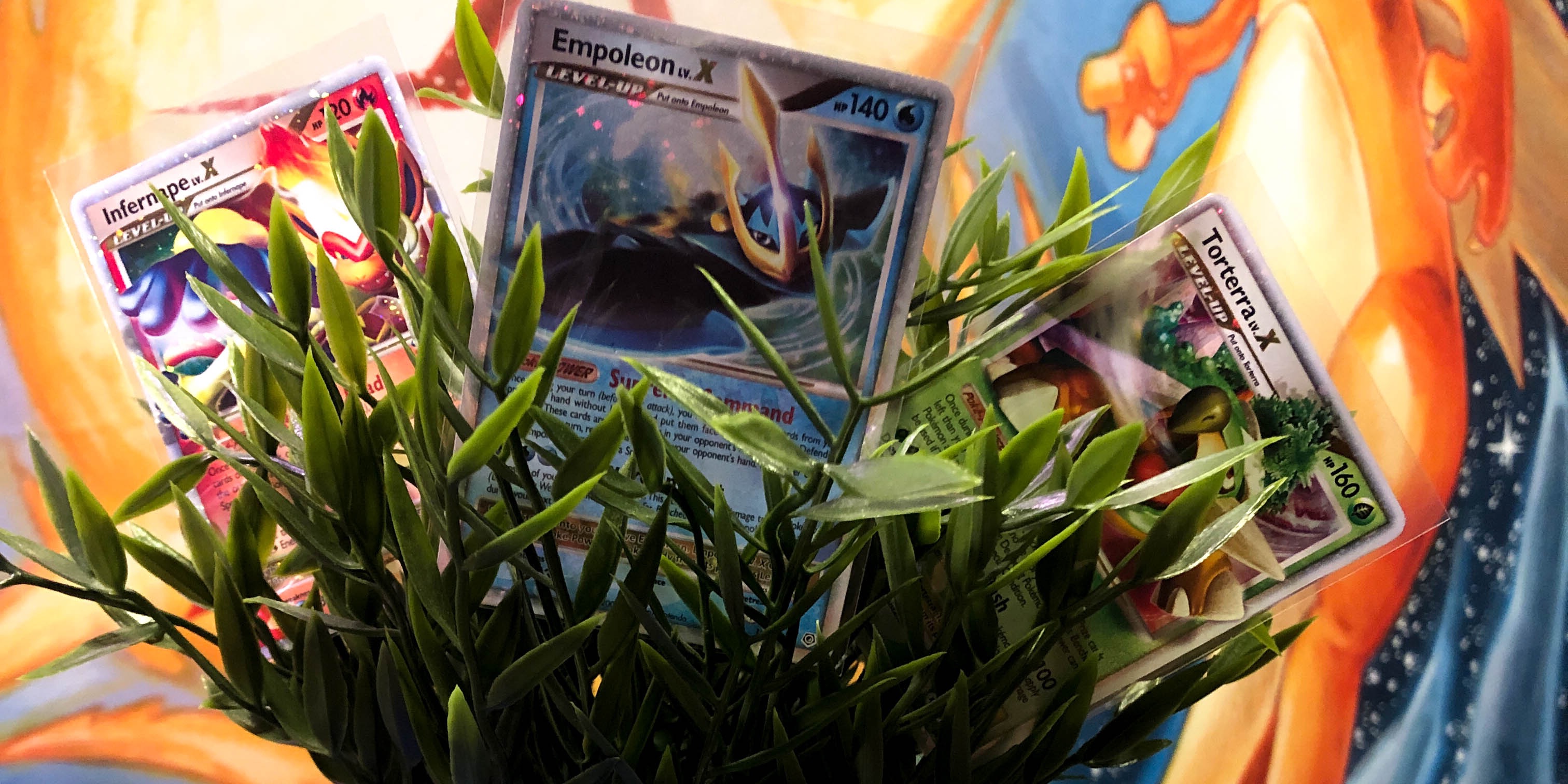 The Ex set ends with Power Keepers in early 2007 and three months later is released the first series of the new set : Diamond and Pearl (we usually add “base set” after to make a difference with the name of the set).

D&P base set, the first series introducing the fourth generation of Pokémon, is released one month after the release of the Diamond and Pearl versions for Nintendo DS.

If there are not many design changes for the cards, we will notice that the borders are slightly darker than the cards from the Ex set, the return of a Pokédex description at the bottom of the card and the addition of Pokémon’s level after his name, even it this last change is useless in the card game. This series is also introducing the Lv.X cards which replace Ex and gold stars as ultra-rare cards in the set.

The series’ logo is gem with a circle in it; a Diamond and a Pearl in it reminding the name of the series.

The series includes 130 cards, with 17 holographic and three Lv.X. We will add that there are no secret cards and energies will end the numbering of the series, instead of the ultra-rares.

Four new booster packs illustrations are introduced in this series. Two are based on the legendaries of the fourth generation: Dialga and Palkia. The others are two loved Pokemon by the community: Lucario and Electivire. In this series, every booster pack includes ten cards, one more than Power Keepers.

The D&P display box is still illustrated with those four Pokémon on its sides with Palkia on the top next to the logo of the series.

The are three decks available in this extension: the first one is “Inferno Zone” with Infernape, the next one is “Royal Frost” with the Empoleon illustration and “Terra Firma” with Torterra. 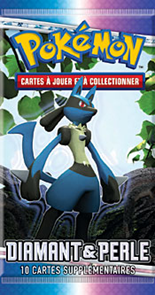 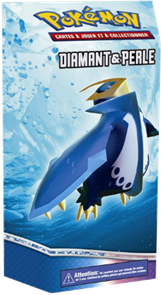 The booster with Lucario and the Royal Frost deck with Empoleon.

MOST ICONIC CARDS OF THE SERIES

If the D&P extension is not the most beautiful series of the Diamond and Pearl set, it still has a lot of good-looking cards, with nice holographic and nice trio of Lv.X Pokémon!

The three starters are really sympathetic, and the background of these cards is reminding us the one used for the first Ex cards in the Ex set: a single color with a swirl that gives power to this card! 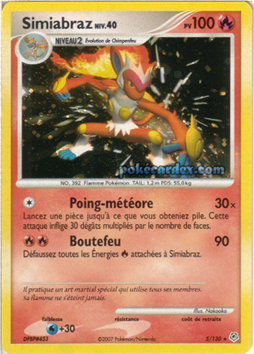 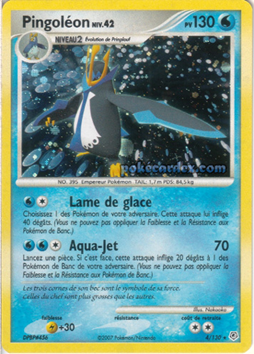 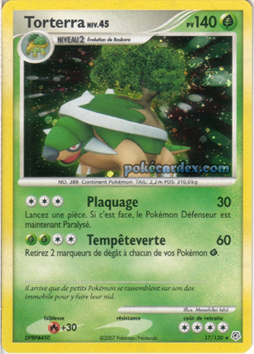 A nice and iconic trio to have!

The fourth generation introduced a lot of new evolutions for previous gens Pokémon and they are all illustrated in this series in holographic versions. We have good cards like the Dusknoir, Electivire, Roserade or Mismagius for example. 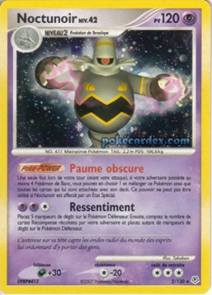 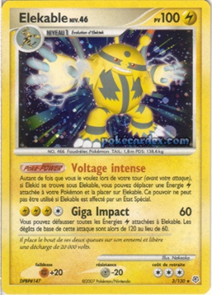 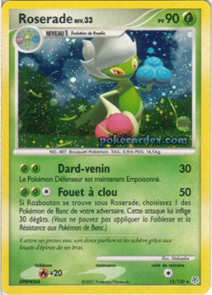 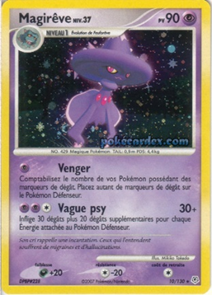 Maybe not the best holographic cards but they look nice, aren’t they?

Diamond and Pearl only has three ultra-rare cards but without being a huge fan of this series, we have to admit that they are well designed, and they look absolutely stunning! 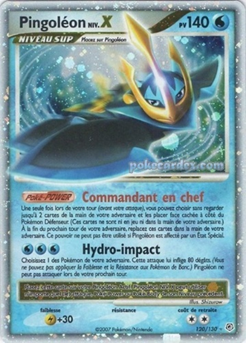 The first Lv.X of this extension in the Empoleon, illustrated swimming and going out of the card (like the gold stars designed in the Ex set). If the colors are not particularly warm, the trident on the face of the Pokémon is shining with a nice gold color. If Empoleon isn’t the easiest Pokémon to draw, this design is a success and it looks really majestic! 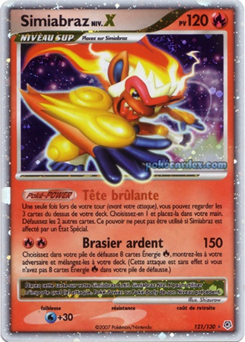 The next one is from our point of view the best looking Lv.X: we are talking about Infernape. Often the favorite Pokémon of the fourth generation fans with Lucario, he is designed in a purple background, aggressively punching someone of something. He could easily punch you from his card! 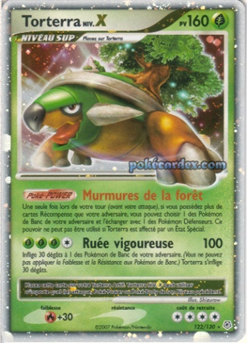 The last Lv.X is of course the Torterra, finishing the trio of fourth gen starters. It’s not the best looking ultra-rare card of the Diamond and Pearl set but we think that it’s the best design of Torterra in the whole Pokémon card game. 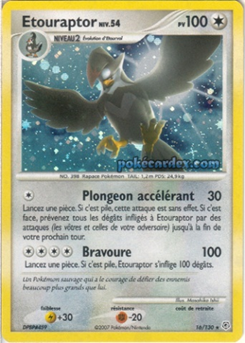 If he doesn’t have the right to get his Lv.X yet, the holographic Staraptor is, from our point of view, by far the most beautiful card of the series. The illustration is stunning with the Pokémon flying in the sky and looking like he wants to land on us. Another Pokémon from the fourth generation well illustrated!

HOW TO COLLECT DIAMOND AND PEARL BASE SET

When we talk about old Pokémon sets, we often associate them with high prices, for both cards and sealed items. But Diamond and Pearl base set is a rare exception to this affirmation. But don’t be too excited because even if these cards aren’t too expensive, they can be really hard to be found on Ebay or everywhere else.

Every holographic card can be found quite easily under five euros each in good conditions. For the common cards, they are often sold around 50 cents in great conditions, sometimes in near mint conditions. It’s also the type of cards that you can still find in flea markets so with a bit of luck, you could complete your Diamond and Pearl set only by doing some of these. It will not be for long as this series is aging so you should do it now.

For the trio of Lv.X cards, it will be a lot harder to complete. Again, those cards are not the most expensive ones (for ultra-rare cards, we are precising) but they insanely hard to find anywhere, even harder than most of Ex cards. In US versions, you will find them around 20 euros in good conditions “only”. Most of these cards are sold in German or Italian version so check that before buying.

But in mint conditions, you will probably never see them to be sold. And when you see on of them, the price will probably go up to 80-100 euros for a near mint – mint version. Infernape Lv.X will be even more expensive so be ready for it.

The fourth generation is one of the most loved by the fans, collectors won’t hesitate to give huge amount of money to get their favorite cards in gem mint conditions. But this kind of cards will only cost more and more in the next months because they are becoming really difficult to get. And they will be even more expensive if one day Game Freak decides to release a remake of Diamond and Pearl version for the Nintendo Switch! So, if you have the opportunity to have them now, don’t hesitate and pick them!

You might have understood, if most of the first series of sets (like Ruby and Sapphire, Black and White, XY…), D&P base set isn’t the most beautiful series in the Diamond and Pearl set, it still has a good amount of beautiful cards like the Lv.X !

We often talk about expensive series but except some cards, this one is really easy to complete (written during Summer 2020) so collect it now!

This dedicated article is now ending, and we hope that you enjoyed it. We will continue next time with a series from the Black and White set and we will see you at this moment!

Have a nice week, dear collectors!